Common applications of bioinformatics are identification of candidates genes and single nucleotide polymorphisms.

Three profoundly destabilizing scientific ideas ricochet through the twentieth century, trisecting it into three unequal parts: the atom, the byte, the gene.

Siddhartha Mukherjee on The Gene: An Intimate History

The double helix model was proposed by James Watson and Francis Crick, based on the X-ray crystallography work by Rosalind Franklin and Maurice Wilkins. There was also crucial work done by Erwin Chargaff, an biochemist that realized that there is the amount of Adenine = Thymine, and Cytosine = Guanine.

The paper describing the double helix structure of the DNA molecule was published on 1953. On 1962, Watson, Crick and Wilkins were awarded the Nobel Prize in Physiology or Medice. Unfortunately Rosalind Franklin died without recognition for her vital work in discovering the structure of DNA.

This Specialization covers the concepts and tools to understand, analyze, and interpret data from next generation sequencing experiments. It teaches the most common tools used in genomic data science including how to use the command line, along with a variety of software implementation tools like Python, R, Bioconductor, and Galaxy. 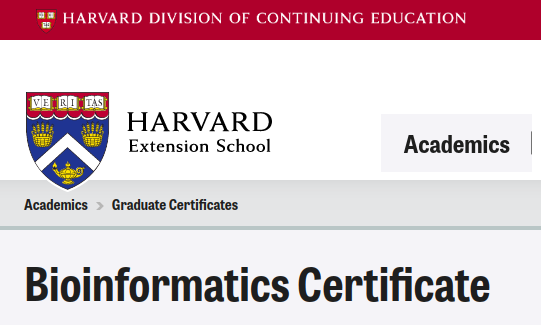 This course covers fundamental algorithms for efficient analysis of biological sequences and for building evolutionary trees. This is an undergraduate course taught by UC Davis computer science professor Dan Gusfield focusing on the ideas and concepts behind the most central algorithms in biological sequence analysis. Dynamic Programming, Alignment, Hidden Markov Models, Statistical Analysis are emphasized.

What is DNA and how it’s represented on a computer?

Our ability to read out this sequence of our own genome has the makings of a philosophical paradox. Can an intelligent being comprehend the instructions to make itself?

John Sulston on The Common Thread: A Story of Science, Politics, Ethics and the Human Genome

One class of macromolecules contained in chromosomes inside the cells nucleus are called nucleic acids. The chemical identity of those macromolecules are polymers of repeating chains of smaller molecules known as monomers. Because they tend to be long and thin, those polymers are called strands.

DNA molecule is made up of two strands, running in opposite directions. Each nucleobase bonds to a base in the opposite strand. Adenine bonds with Thymine, Cytosine bonds with Guanine. Those two strands are twisted together into a long spiral staircase structure called double helix.

A DNA string consists on the symbols A, T, C, G. We can use this representation to study and solve bioinformatics problems.

Rosalind is a platform for learning bioinformatics through problem solving. It’s inspired on Project Euler and it’s name is a celebrates Rosalind Franklin – the scientist whose work facilitated the discovery of the DNA double helix.

Find the reverse complement of a DNA string

Return: The reverse complement of the DNA String

Return: Four integers (separated by spaces) counting the respective number of times that the symbols ‘A’, ‘C’, ‘G’ and ‘T’ occurs on the DNA string.